Making your dreams come true is who we are and what we do,” said Walt Disney Parks and Resorts Chairman Bob Chapek at D23 Expo.  Here is a quick synopsis of what is coming.

Star Wars: Galaxy’s Edge
Star Wars-themed lands that will open in 2019 at Disneyland and Disney’s Hollywood Studios, including their name—Star Wars: Galaxy’s Edge.  The lands are set in a remote trading port on the edge of wild space.  Guests will be right in the middle of the action when they’re piloting the Millennium Falcon or aboard a Star Destroyer inside a hangar bay.

Star Wars-Themed Resort Announced
The Star Wars-themed resort will bring your wildest dreams to life. From the second you arrive, you will become a part of a Star Wars story! You’ll immediately become a citizen of the galaxy and experience all that entails, including dressing up in the proper attire. Once you leave Earth, you will discover a starship alive with characters, stories, and adventures that unfold all around you. It is 100-percent immersive, and the story will touch every single minute of your day—and it will culminate in a unique journey for every person who visits.

Staying with a space theme some new attractions and a restaurant at Epcot:

Tron Coming to Magic Kingdom
TRON Lightcycle Power Run is a coaster-style attraction where riders board a train of two-wheeled Lightcycles for a thrilling adventure. When the attraction opens, probably in time for the 2021 50th anniversary of the Walt Disney World Resort festivities, it will be located in an area near Space Mountain.

Mickey and Minnie’s Runaway Railway
This first-ever Mickey Mouse-themed ride, replacing the Great Movie Ride, will allow guests to step through the movie screen and find themselves inside a Mickey Mouse cartoon short.  The new experience dubbed “2½ D”—no glasses are required to turn the flat world of the Mickey cartoon shorts into a dimensional display

New Ways to Enjoy Pixar at Disney California Adventure
On the west coast at Disney’s California Adventure will get Pixar Pier (replacing the current Paradise Pier) with neighborhoods filled with friends from “The Incredibles”, “Inside Out”, “Toy Story” and more.  This will happen during a 2018 special event called Pixar Fest which will include new fireworks special characters, and entertainment

Disney Planning Not Two, But Three New Ships
By the time these three ships are sailing, Disney will have nearly doubled the size of their fleet! Originally Disney announced last year they were going to be built at the Meyer Werft shipyard in Germany with scheduled completion dates of 2021 and 2023. This additional ship will be built at the same shipyard and is scheduled to be completed in 2022.

The three new ships will be powered by clean-burning liquefied natural gas and be the same size – approximately 135,000 gross tons with about 1,250 guest staterooms planned – which is slightly larger than the newest Disney Cruise Line ships, the Disney Dream and Disney Fantasy. 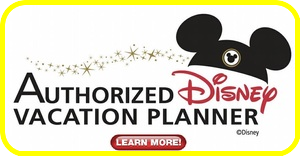 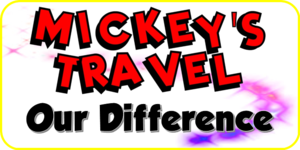